Radon, What Your Need to Know

Radon: the colorless, odorless gas emitted into the air by the radioactive element, radium, as it breaks down in soil, rock, and water. Typically, radon enters buildings through small cracks or openings in foundations undetected. And, once radon has entered a property, the radon may be trapped inside. In fact, this is what home inspectors test in their radon inspections.

More evidence may be needed to fully grasp the relationship between radon and lung cancer (more below). However, the EPA maintains that radon is a cause for concern. In 2017, the EPA proclaimed January as National Radon Action Month, urging people to “Test, Fix, Save a Life.”

Since testing is the only way to find a home’s radon levels, the EPA and Surgeon General suggest that home buyers and sellers test all homes below the third floor. If radon levels of four picocuries per liter (4 pCi/L) or higher are present—which the EPA believes nearly one in every 15 households do—then the EPA urges to take corrective measures, including setting up radon-reduction systems.

Many governments encourage and, in some cases, even mandate radon testing during the real estate process.

Why test for radon.

When asked why they offer radon testing, the 10 home inspectors we surveyed said that they offered the service for one or more of the following reasons:

1. They wanted to protect clients from potential lung cancer risks.

The labels “silent killer” and “cancer-causing radioactive gas” affect public opinion and discourse about radon. But how did radon amass such a bad reputation?

While radon’s effects on miners was studied for decades prior, testing within homes began in Pennsylvania in 1984. While the Limerick Nuclear Power Plant was being built, an engineer named Stanley Watras entered and tripped a radiation detector. This monitor measured unsafe radiation levels for plant workers. Three things stood out to safety officials:

Given this, Plant officials were certain that Watras had not been exposed to the radon at work. So, they took measurements of the Watras’ home. To their alarm, they found radiation levels more than 200,000 times above the level sanctioned for people living close to nuclear power plants.

Believing that Watras’ exposure to radon in his home may not be rare, the Environmental Protection Agency (EPA) conducted a survey of 10 states. During the 1986 survey, the EPA tested 11,600 homes for radon. The results: one of every five homes tested contained health-threatening radon levels. The EPA declared radon a national problem.

A case for home inspectors testing radon and advising mitigation.

Shortly after, Congress passed the Radon Program Development Act of 1987 (also known as the Indoor Radon Abatement Act or Radon Act 51), which set a national goal that “the air within buildings be as free of radon as the ambient air outside of buildings”—meaning four tenths of a picocurie per liter (0.4 pCi/L).

In 1989, the Act also dictated the EPA produce the guide “A Citizen’s Guide to Radon,” now titled “Home Buyer’s and Seller’s Guide to Radon.” One of the guide’s main goals: to inform the public about the health risks of radon.

Victor G. Faggella of Centurion Home Inspections, Inc. in New York and Connecticut began testing for radon in the late 1980s when the government began urging people to have their homes tested.

“Radon was a ‘new’ health issue and started to become a must-have in many real estate transactions,” Faggella said.

In 2005, the Surgeon General of the United States stated that radon is the second-leading cause of lung cancer in the nation. The EPA estimates that radon causes about 21,000 lung cancer deaths each year. According to the EPA, breathing air that contains radon, inflates your risk of lung cancer—chiefly if you’re a smoker.

“Four picocuries per liter carries a risk that is equal to smoking about half a pack of cigarettes a day,” said Richard Guimond, Former Director of the EPA’s Office of Radiation Programs, in an interview with People Magazine in 1988. “If you are exposed to that much radon over your lifetime, you have perhaps a 1-in-100 chance of getting lung cancer. If it’s 20 picocuries per liter, then it’s about a 1-in-10 chance of getting lung cancer, almost like smoking two packs a day.”

For Larry Young of HomeTek Inspection Services in North Carolina, concern for his clients’ health is his main reason for radon testing.

“Lung cancer is a serious issue, and if it can help my clients in a way, I will offer radon testing,” Young said.

Before offering radon testing, make sure you have the right insurance and endorsements. 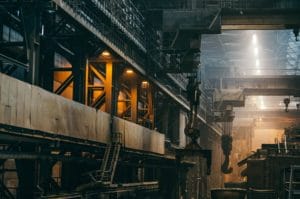 Critics of the EPA’s research argue that the studies inflate the number of radon-related illnesses and deaths. In 2017, Harvard University’s Department of Environmental Health published an article in which they argued that the EPA’s radon-induced lung cancer deaths may be enlarged due to failure to account for diesel engine exposure.

“[The] EPA’s original estimates of fatal risks attributable to radon may be overestimated by 9 percent– 26 percent, after accounting for exposure to diesel in the miner studies originally used to estimate radon risk,” the authors said. “Our best estimates, using updated models and mortality data from 2014, indicate that there could possibly be 12,900–15,900 deaths attributable to indoor radon exposure each year.”

Even the EPA has raised questions about its lung cancer death statistics. According to the New York Times, an EPA official made a statement in 1996, saying the Agency would most likely reduce its estimates of the amount of lung cancer caused by radon gas in homes from 21,000 to 16,000 per year. However, despite numerous revisions, including the latest in March 2018, the EPA has yet to update the figure in their guide.

Additionally, the EPA’s own guide exposes the largest flaw with its lung cancer death statistic: its inclusion of smokers. Of the 21,000 deaths to radon-related lung cancer that occur each year, the EPA estimates that less than 2,900 (13 percent) occur among non-smokers.

All the same, health risks remain one of the chief concerns of home inspectors testing for radon.